Raleigh has grown into a hub of innovation unmatched by any other city in the Southeast. With its great business climate, top-tier universities and affordable lifestyle, Raleigh has become a great place to lay roots. We might be biased, but we believe Raleigh has what it takes to be one of the best cities in the country this decade. Here are 10 things to know about Raleigh before moving to the "City of Oaks".

Raleigh is divided into six geographic areas; Downtown and Inside-the-Beltline, Midtown, North, South, East, West. Each region has an individual feel and culture. Like most southern cities, public transit is sparse, so you'll likely need a car to get the full picture of each neighborhood. The city is spread out amongst these areas and connected via major highways like Interstate 40 (which starts in Wilmington and ends in California!), the I-440 Beltline (makes a circle around the city), and I-540 (makes a larger circle around Wake County). 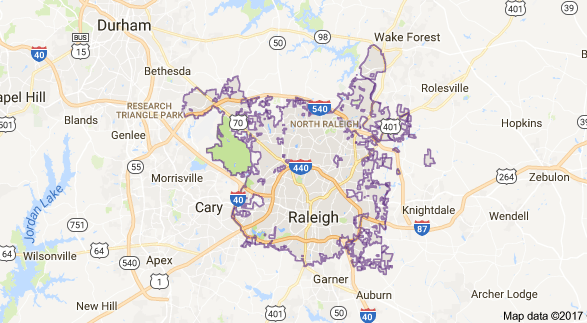 Raleigh is surrounded by beautiful suburbs where many people live and commute to Raleigh. Cary, Morrisville, and Apex are just some of the beautiful towns neighboring Raleigh. Additionally, other high growth suburbs include Wake Forest, Garner, Fuquay Varina, and RTP. Be sure to drive around all these parts before settling into your new place so that you can understand what each has to offer.

Raleigh is full of award-winning restaurants perfect for any foodie. From dim sum to burgers, there is something for everyone. Check out Alcove’s list of the best Raleigh restaurants here!

Hot spots for great food include downtown Raleigh near Moore Square and Glenwood Ave., as well as the North Hills area.

3.  Best places to work in the country.

Raleigh has been named one of the best places to work in the country time and time again. Because of its business climate, many large software companies have laid roots here. These companies, including giants like RedHat, Siemens, IBM, Cisco, and others, bring highly-skilled STEM employees to the area, invigorating the economy due to high-paying jobs.

With hot spots like downtown Raleigh, the Research Triangle Park area (a large portion of land with dozens of company campuses), and neighboring towns like Cary, there are plenty of great opportunities for people moving here.

4. Lots of nature all year round

While exploring the downtown area, take a quick walk to Moore Square, a historical park in the heart of Raleigh with picturesque walking paths and views of beautiful oak trees - they've even recently renovated the area! 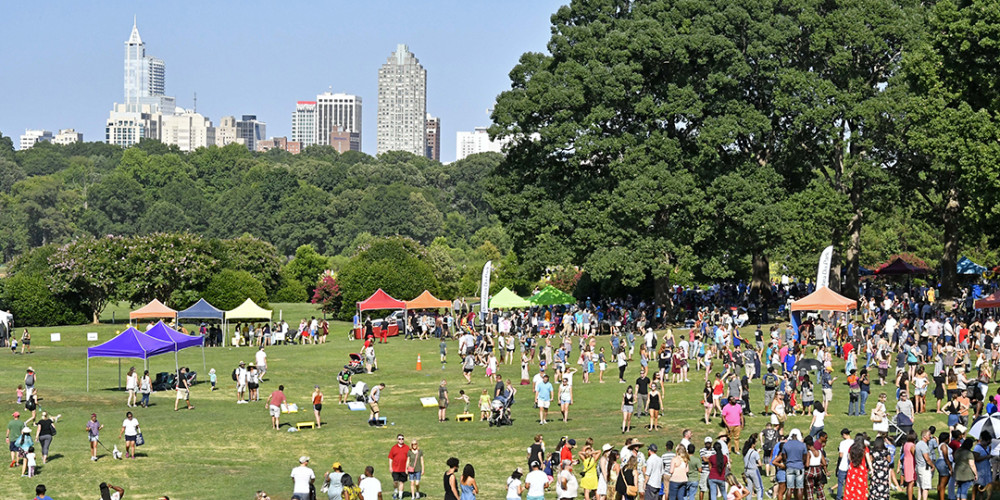 Another local favorite is Dorothea Dix Park, which was once a hospital and now is home to dozens of acres of parks and greenways. It combines historic architecture and beautiful landscapes and is home to best view of downtown Raleigh.

Another wonderful outdoor spot is The Art to Heart Corridor, a walking path that takes you through the many landmarks, museums, and green spaces in Raleigh and ends in the heart of downtown. One of the more recent additions to Raleigh’s ample outdoor recreation is Citric Cycle, often called ‘Raleigh bikes,’ which allows residents and visitors an easy way to get outside and enjoy some fresh air.

The State Fair is a big deal in the south, so much so that there is a designated North Carolina State fairground in Raleigh, close to where the Carolina Hurricanes play.

The state fair is full of local food, vendors, games, and rides. It is an experience that locals look forward to every year to have fun with friends and family. If you're not one to try new food, we think it's even worth it to go and people watch. There are tons of amusing characters and things to see when the State Fair is in season, typically in mid to late October.

North Carolinians take their barbecue seriously, and Raleigh is no exception.

From restaurant to tailgate to local competition, there is a great barbecue to be eaten everywhere in Raleigh. Some of our favorites include The Humble Pig, The Pit, Brew N Que, and Clyde Cooper’s BBQ.

Pair the vinegar-based barbecue with some coleslaw and you'll be eating like a local in no time.

7. We drop an acorn on New Years Eve

Yes, you read that right. Instead of a ball, Raleigh drops an acorn on New Year’s Eve. 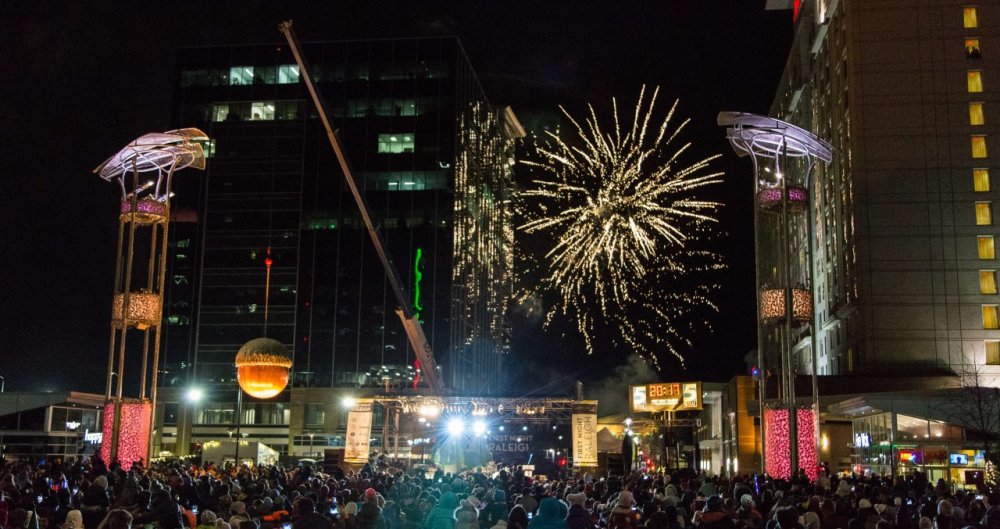 The copper acorn in Moore Square pays homage to Raleigh's rich history, known as the "City of Oaks". The giant copper acorn is one of the symbols of Raleigh. Made by Sculptor David Benson, the acorn weighs 1,250 pounds and was donated for the city's bicentennial in 1992.

Raleigh is home to countless local breweries, each bringing unique flavors and atmosphere. Popular breweries to check out include Trophy (with multiple taprooms and restaurants), Brewery Bhavana, Clouds Brewing, and many more.

We even hear that Sir Walter Raleigh, the namesake of the Capital, was a huge lover of beer. It makes sense to keep the tradition going. 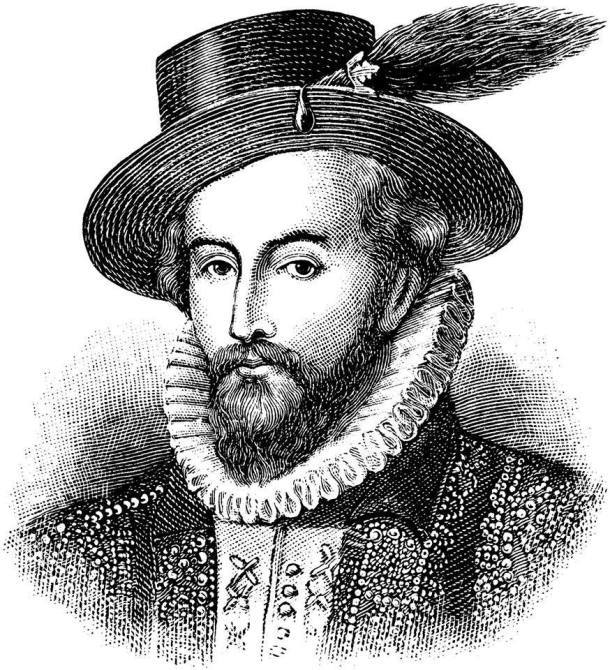 North Carolina has excellent weather all year round!

Winters are mild, with only a few snow days a year and the occasional surprise above 60 degrees in January or February. Springtime in North Carolina is beautiful with tons of blossoming trees and flowers, but be sure to take your allergy medication with you because everything is covered in pollen (sometimes known to locals as the "Pollening").

Summer is hot but perfect for all of the outdoor activities Raleigh has to offer. The Fall is mild and full of beautiful changing leaves, really putting you in an autumnal mood.

We think this infographic tells you all you need to know: 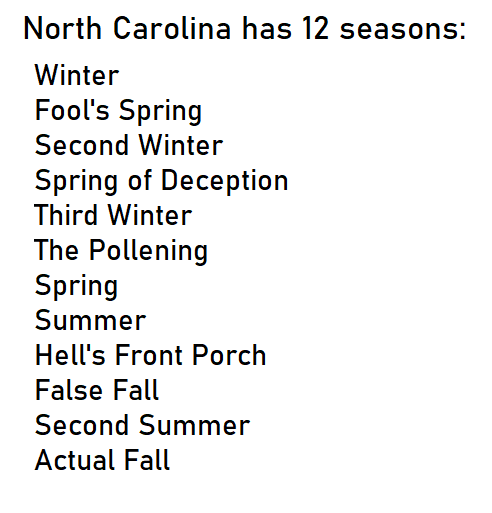 Downtown Raleigh is home to countless museums such as the North Carolina Museum of History and the CAM Raleigh, a striking art museum that features art from local and national up-and-coming artists.

Because Raleigh is the capital city, there are also many historic sites to visit like the State Capitol and the Executive Mansion. Be sure to check out Raleigh Denim Workshop for a curated selection of local and worldly goods or Raleigh’s most beloved thrift shop, Father & Son Antiques. Additionally, Raleigh has a lively local music scene. Catch a concert at the Lincoln Theatre or the Red Hat Amphitheater, or listen to local artists with a craft beer at Pour House Music Hall.

Obviously, Raleigh has a ton to offer. If you're thinking of settling down in this great, diverse city be sure to read up on the neighborhoods and best places to be. Or you can check out our Raleigh City Guide for more information.