This city has soared in popularity as a place to live in recent years, and it's easy to see why.

With lots of new job opportunities, great weather, friendly people, and tons of things to do, there's a lot of potential in Charlotte, NC - the largest city in North Carolina. In this article, we'll go over ten things that you should know about Charlotte before making the move. 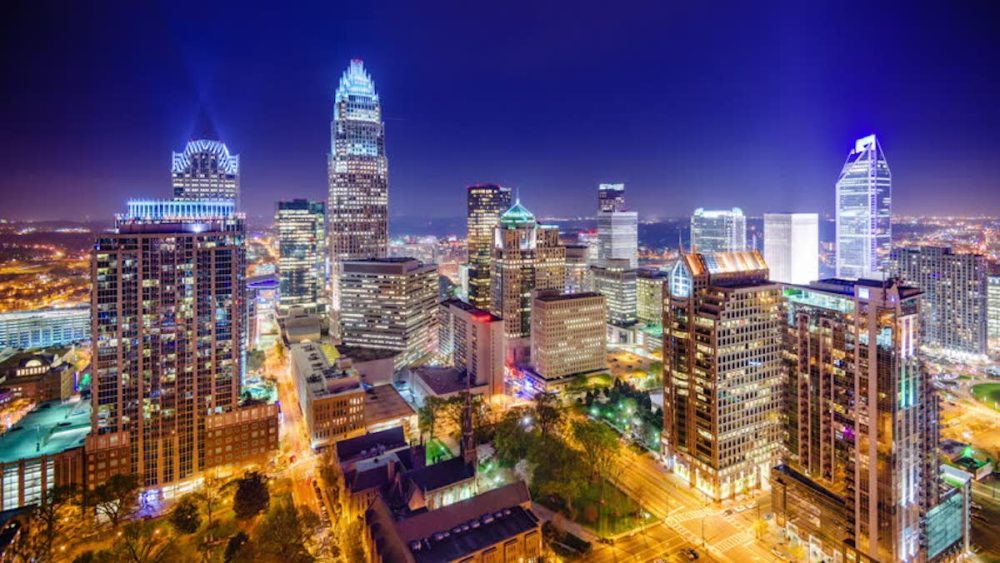 While Charlotte is a city - and a growing one at that - there's still a really friendly, small-town community here. People will stop and ask you how your day is going, and it's normal to strike up conversations with strangers here. Charlotte is in the South, and it might be a slight "culture shock" for people to be greeted on the streets with good ol' southern hospitality. But don't be worried, you'll soon adapt to the friendlier nature of people when going about your day.

If you are interested in joining clubs or societies, there are plenty in the city and it's really easy to make friends.

2. Charlotte is an affordable city

If you are moving to Charlotte from some parts of the country - particularly the Northeast - you'll love how affordable Charlotte is.

Land prices are slightly lower than elsewhere, and you can get some great bargains on homes, with rental rates just below the national average. The cost of food and drinks is a bit cheaper than many other cities as well.

If you're looking to purchase a home, we recommend you come prepared to know what you want and do thorough research. With the influx in out-of-state capital flowing in at a record pace, homebuyers will need speed as a competitive edge to purchase homes in desirable neighborhoods.

Here is a reference for Charlotte's cost of living. 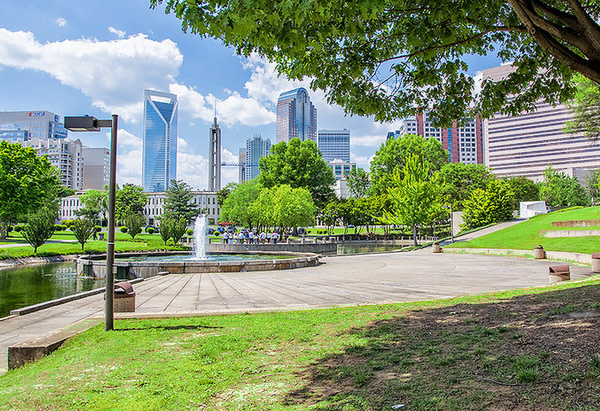 Charlotte has a wonderful and diverse dining scene, including traditional Southern BBQ and restaurants with dishes from around the world (Asian fusion, deserts, Italian, and more). It's also famous for its craft breweries and vineyards, as well as its coffee!

If you're a foodie, you'll find so much to enjoy in Charlotte. We recommend checking out South End, Plaza Midwood, or NoDa for a a great collection of restaurants and breweries. 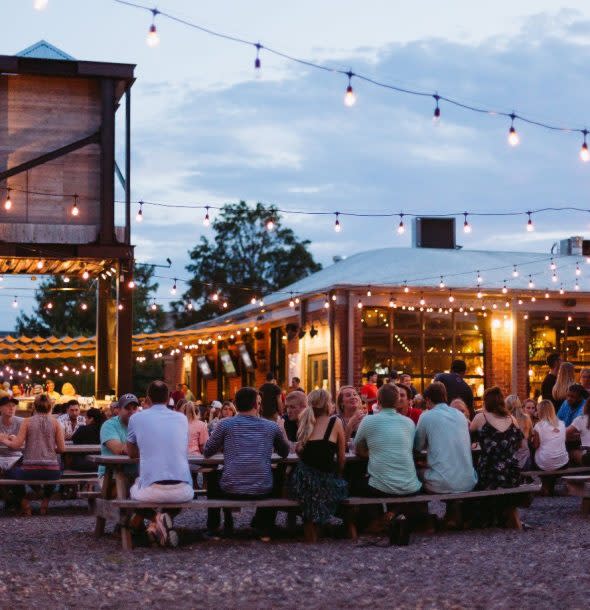 Charlotte boasts some beautiful weather. The city enjoys all four seasons, and while there usually is a bit of snow in the winter, it's nothing like the cold, dark winters in the northeast US.

There's some of the most beautiful fall foliage in the US here - and in the spring, the trees come to life with all kinds of fruits and flowers. If you've heard that the summers in NC are humid, you've heard right. With July and August temps reaching 100F many days, you'll need places to cool off. We recommend checking out the Charlotte Whitewater center for summer activities.

5. Queen City has a music scene 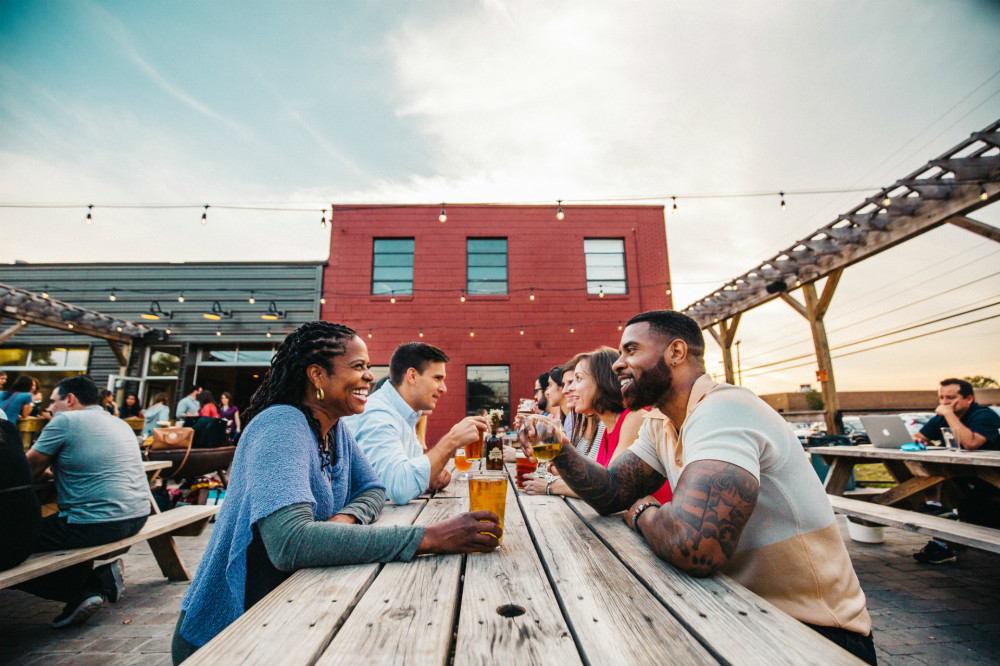 There are loads of places to enjoy great music in Charlotte, from large venues like the PNC Music Pavilion to small bars offering live gigs. The city also boasts some impressive nightlife, with lots of bars, pubs, clubs, and events, around Uptown and beyond. (P.S. Charlotte's "Downtown" area is called "Uptown" (they like to keep it unique)).

Additionally, the whitewater rafting center holds concerts during the summer months. You can easily bring lawn chairs and listen to local bands jam out (in addition to BYOB shows). 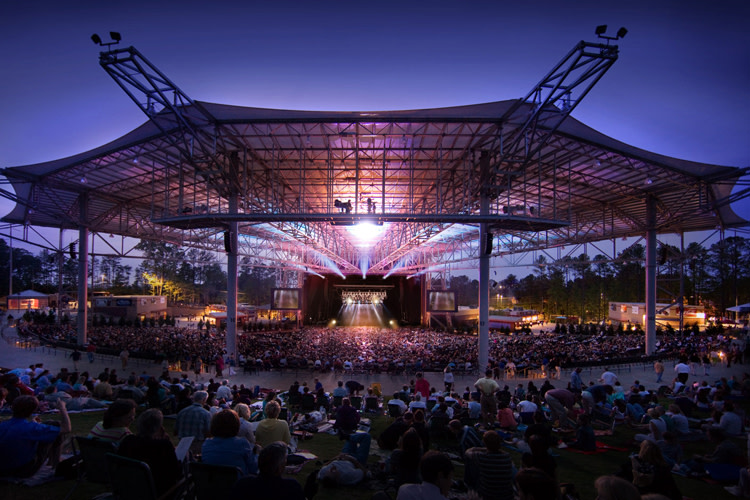 6. A city close to nature

Although Charlotte is around 4 hours from the Atlantic ocean (still doable for a weekend trip!), there are many lakes nearby with some epic beaches and water-sports.

The most popular is perhaps Lake Norman, which is great for just chilling out and enjoying the water. The area is known for high-end boating and mansions that sprawl across the lake edges.

In addition, Charlotte is just a 2 hour drive from the NC Blue Ridge mountains, an expansive region of the Appalachian Mountains that makes up most of western NC.

In just two hours you can be hiking on Grandfather mountain and view the scenic apex of the Linville Gorge, close to both great towns like Boone and Blowing Rock. 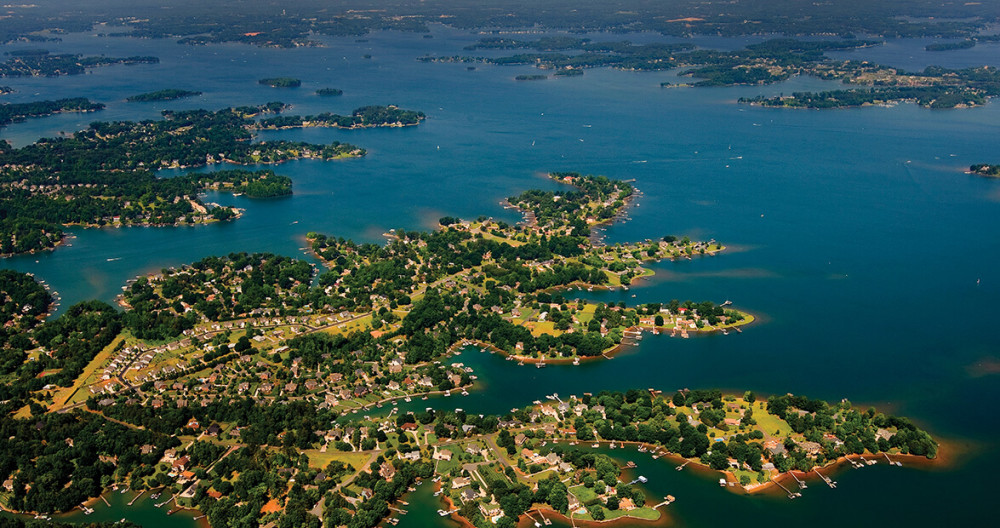 If you haven't already got a job sorted before moving to Charlotte, don't worry. The city actually has one of the lowest unemployment rates in the country, and as more and more people move here, more jobs are appearing!

Charlotte has also been coined the "Mint City" because of its historic roots in banking and business. Many banks have their headquarters in the uptown portion of the city, which brings in tons of talent to the area.

Many people who move to Charlotte do so without a job, and they usually find something relatively quickly. The startup scene is also growing rapidly.

8. Great transportation for a southern city

Most people in Charlotte have their own vehicle and use it as their primary mode of transport. However, there is a public transport system called CATS (Charlotte Area Transit System).

You should be fine traveling around the center and into the suburbs using this bus and light rail system, however cars are the preferred method due to the sprawl of Charlotte neighborhoods. Because of the reliance on cars, Charlotte does sometimes have problems with traffic - however, if you are moving from a larger city, this won't be anything new. 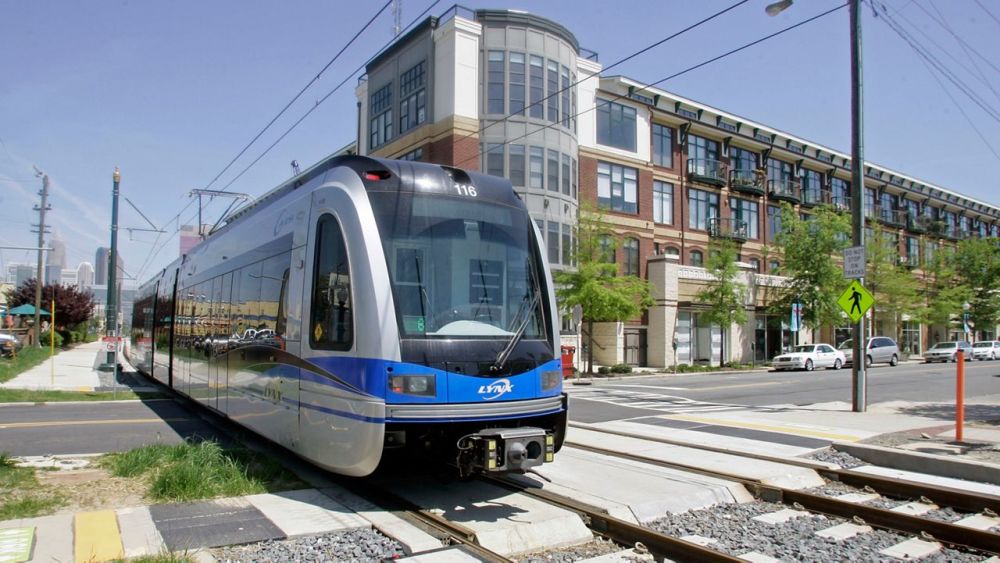 If you're in the uptown area of Charlotte, you will find all kinds of people riding bikes and scooters. It's got a decently-sized greenway area and is great for walking dogs. Be sure to download scooter apps like Lime and Bird if you want to get places quicker.

Like a lot of big cities in the US, there are rising crime rates in Charlotte. Most crimes are things like petty theft and pickpocketing, but violent crime rates are also increasing.

However, most people who live in Charlotte report that they feel safe there - the rates shouldn't put you off moving here, but it's important to be aware of them. Always perform due diligence before moving into homes or apartments.

If you like being outdoors, Charlotte is definitely somewhere to consider living in. As we've mentioned, it's close to mountains - so it's great for mountain biking, hiking and skiing. 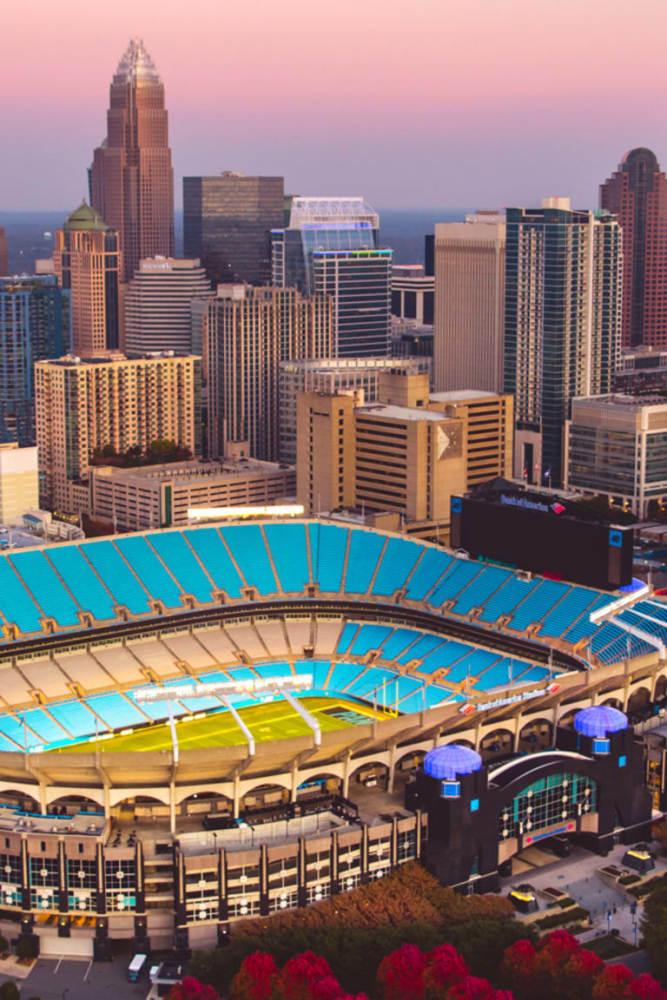 In the city itself, there is a large greenway that encompasses 37 miles. And, if you are more interested in watching sports than doing it yourself, there are plenty of places to watch basketball and football games!

Locals support the Carolina Panthers in the NFL, and Charlotte Hornets in the NBA. The Charlotte Knights are a local favorite for semi-professional baseball. Plus, the NASCAR headquarters and hall of fame sits uptown, while the Charlotte Motor Speedway offers access to motorsports for fans all around.

Sports are growing in the city as the MLS just named Charlotte its next expansion city, which will be the home of Charlotte FC (owned by the Carolina Panthers owner). They will also play in Bank of America Stadium and will kickoff in 2022. Exciting things to come!

Charlotte is, without a doubt, a city on the rise. Though it's considered a second-tier city in the US in terms of population, people from all over are flocking to town for its low cost of living, entrepreneurial spirit, access to nature, and much more.

It's a forward-thinking place, relatively affordable compared to its contemporaries like Nashville, Atlanta, and DC, though smaller in size. It truly is a great place to enjoy both city culture and easy access to nature.

If you're looking to relocate or move to Charlotte, NC you can browse our rooms for rent at alcoverooms.com/listings. Or if you want to learn more about Charlotte (also known as the Queen City), check out our Charlotte City Guide!